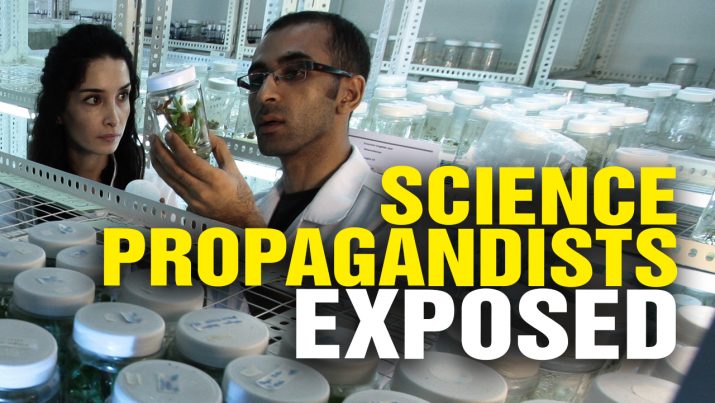 When science propagandists (i.e. “science clowns”) claim to have a monopoly over “science,” it’s laughable. If the science is “settled,” then why do they keep changing their own science and editing away lessons on genetics and other topics?

Podcast Transcript: “It’s always laughable to me when propagandists invoke the word science to say that their views have a monopoly consensus, because we don’t even really have a functioning scientific dialogue in our society today. Those who claim to have a monopoly on science are the biggest propagandists and biggest liars in the media – like Neil deGrasse Tyson, Bill Nye or even Al Gore, Elon Musk, Bill Gates and so on… President Obama for that matter. They all say that the science was settled and yet it isn’t settled. Their science is bogus and just a great example of that: Bill Nye has been changing his science…” Listen to the full podcast below: