Merry Christmas from Natural News and the Health Ranger 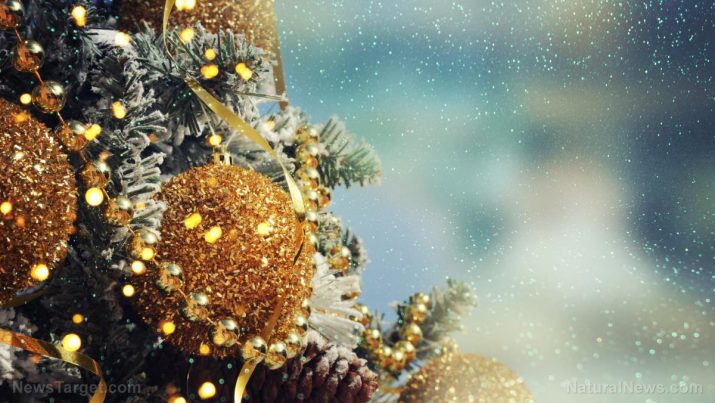 It’s been an incredible year, and with your support, we’ve accomplish tremendous things in 2018. Merry Christmas to all who celebrate the holiday, and Happy Holidays to the rest.

I wish the best to you and your loved ones. We’ve all made it through 2018, and we will need courage, nutrition, wisdom and knowledge to face 2019 and beyond (since the world isn’t getting any easier to navigate).

Together, we’ve accomplished a lot in 2018, and we are here to continue serving humanity for as long as society and technology continue to function. In just the last year, based entirely on funding provided from your financial support, we’ve been able to build and deploy a new, expanded manufacturing and order fulfillment facility while acquiring a triple quad mass spec instrument for analytical testing. Last month, we finalized our glyphosate testing protocol and we’re now applying glyphosate testing to all raw materials that go into manufacturing Health Ranger brand products at the Health Ranger Store.

We also launched the long-awaited Biosludged film in 2018, exposing the truth about the mass poisoning of America’s soils and crop lands with toxic sewage sludge generated by cities. This film exposed the criminal conduct and scientific fraud of the EPA, and it featured a top EPA whistleblower scientist whose career was destroyed to try to silence his powerful words.

Also this year, we launched over 50 new websites, including specialty sites such as Antioxidants.news and TechGiants.news. We authored a report on censorship that was reportedly reviewed by President Trump, and we launched the YouTube alternative video community Brighteon.com — which now hosts over 100,000 videos spanning thousands of video channels.

That’s all within the last year. Looking back, it seems incredible that all this took place in just one year.

On top of that, we have survived the extreme censorship by the tech giants that now target anyone who reports the truth about vaccines, GMOs, pharmaceuticals or even 5G cell towers. (Facebook is now censoring channels that talk about the dangers of 5G.)

In terms of our editorial coverage this year, we exposed the truth about the terraforming of planet Earth that’s happening now. We documented the devastating health effects of 5G radiation and we published a super viral video of parents blowing the whistle on how their infant triplets were all made autistic within hours of a vaccine shot. (That video was banned almost everywhere else.)

Next year we have even bigger plans. We’re expanding in-house lab testing to a large number of pesticides and herbicides in order to ensure you get the cleaning food and superfood products on the planet. We’re rolling out dozens of new products and releasing more mini-documentaries and short films through Brighteon.com.

We have other plans in the works, too, that are all created to help humanity survive the mass poisoning of our world currently being undertaken by Big Pharma, biotech companies, agricultural poisoners, corporate-run news organizations and the fake science of the U.S. government.

– Mike Adams, the Health Ranger and founder of Natural News